You are here: Home › Misc › Friend or FOAF: The Building Blocks of Content and Identity Federation 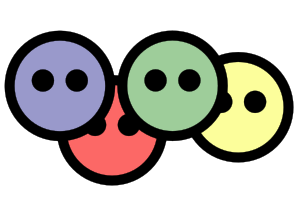 I started this whole thought experiment as someone who knows quite a lot about research and quite a lot about technology and the social web. But not all that much about how they go together. Sure I’ve trained others in researching the web, using social networking and bibliographic management with Zotero. And I’ve advised academics on how to set up websites and build communities. I’ve even toyed with the idea of setting up a consulting company to make a living that way – see http://dacademic.com for what’s left of that. I’ve done e-learning inside and out with Drupal, Moodle, Mahara and even Blackboard and WebCT. I’ve even designed my own system: http://tuit.glottalstart.com. I’ve been involved in Corpus Linguistics since before there was a BNC. I wrote my first paper in LaTeX and my first website in Notepad so the notion of markup is second nature to me. And I’ve kept an eye on the semantic web if only by a squint. But it’s only been relatively recently since I’ve paid any attention to the Digital Humanities movement or Digital Scholaship. And this made me realize what a beginner I am in this. I have many of the building blocks necessary to think about Digital Academia but I can only build very small structures before they start crumbling. I would compare this to knowing many of the words and grammatical rules of a language but very few idioms and realia. So as in my quest for an academic/practitioner research community led I was forced to start thinking about a federated academic identity, I’ve been only able to express myself in a halting manner. But since then I’ve collected a few more idioms and facts about this field. So below is a list of some of the things which I think a person entering this field will need to learn to  fake talking about to pass the Digital Scholarship Turing Test and therefore bootstrap themselves into real competence. So this is really for me but I hope someone else might find this useful and/or will learn more by correcting my inaccuracies.

Motto: “Let’s put the entire cultural history of the world on the web annotated in RDF.” (paraphrase of a sentiment expressed by Faith Lawrence at THAT Camp London 2010)

I feel I’m on much shakier ground here. Drupal now has RDF in core (in the soon-to-be released version 7), there are plugins for WordPress, and other CMSs but it seems rather piecemeal? Mahara and Pebblepad can exchange data (albeit only through import/export) from their user’s portfolios. Moodle 2.0 uses services in ways which I still need to explore but achieving some of the effects I’m interested in.

Here are some links in no particular order, I’ve collected in this area. Perhaps the most fragmented area of them all, at least in my mind – suggestions appreciated.

I’m sure many important events are missing. Would appreciate corrections and additions.

BTW:  I came up with the title of this blog post first, then thought this must be the most tired pun in all of semantic web, Googled it and no, the people of the web are too refined to stoop as low and obvious as this, they only use the ‘orFOAF‘ bit to elaborate ‘Friend of a Friend’. But not me.