You are here: Home › Misc › Toward a Federated Academic Identity 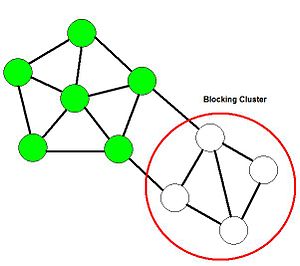 One of the thoughts that kept coming up in my head as I was hearing about all these great digital humanities projects at THATCamp London was: this is amazing but it’s yet another silo. As someone who has tried (and mostly failed) building several very niche communities with non-tech inclined audiences, I’ve come to the conclusion that their silo nature was a big contributor to failure (cf Critical mass and Outreach session notes from THATCamp). Silos are silos in three ways. They are silos for data (something which is increasingly being solved through standards like RDF), silos for personal identity (openid, oauth, etc. are working towards a solution up to a point – but I have used about 5 different openid providers) and silos for social connections (the solution to which is being talked about: status.net, diaspora, foaf, wave, etc.). They are related problems but they often require different technical solutions. Federated Academic Identity would primarily try to solve the second and third kinds of siloisation but would have to address the first kind, as well. (It is also important to keep in mind that not all of a person’s online identity can or should be digitised – cf. Wikipedia’s approach relying on the essentially analogue system of reputation vs. Digg‘s approach trying to determine reputation purely by algorithm.)

Take the example of a Higher Ed school community I tried and mostly failed to establish. This was a very diverse school where most researchers, teachers and research students worked in an extremely distributed fashion, often away doing fieldwork for extended periods of times. Research seminars would often only attract handfuls people – many less than at smalled schools. Also, many researchers and lecturers had closer professional ties to people outside the institution than within. Sharing such as it was was serendipitous and ephemeral. On the surface, a prime candidate for an online community. But most of the people I wanted to involve only had two interfaces to the internet: 1. email, which is how they find out about things, 2. websites which are linked to from their browser’s home page (the university changed the design of the intranet page and at least two people asked me where to find the link to Google). Forget RSS feeds, forget Twitter. Listserv was the limit of online community building. This is not bad, but it makes it difficult to engage people in forums, blogging, social networks, etc. This may seem like a problem of education – and it is. But the lack of something like a federated identity makes the scope of the education required much more significant.

Think about what happens once you get the person from email into one social network and/or community. Having cracked open the doors to the social web, you have in fact opened floodgates to filling in endless registration forms, user names and passwords. You find yourself saying: well, first sing up on Twitter, then wordpress.com or edublogs.com, then on zotero.org, then on our departmental Drupal-based forum, then on about six different communities all using a slightly different login system. (Oh, and by the way, install and learn to use Lastpass, and sign up for Google Reader – and watch these commoncraft videos on RSS and blogging… In 2009, I discovered a number of people who had never filled out a CAPTCHA!)

I have been known to say that participating in social networks and blogging should be considered the duty of all academics – more so, maybe than publication and research. But none of it counts as doing academic work. And what’s more, even if a person is doing all this as a serious academic enterprise – e.g. blogging, commenting, socialbookmarking, and tweeting to keep public notes of their thoughts – then their work is spread all over the internet. Not only doesn’t it count for the academics career progression, it doesn’t even allow them to present a cohesive picture of their contribution to the debate.

What I am proposing on this site is an idea for an semi-academic community bringing together researchers and practitioners. But one of the obstacles is the signal-to-noise ratio. Because for most of the people I want to participate, this will not be their first or even second or third community, in which they take part. They are probably on Facebook/Linkedin, possibly Twitter, maybe post to YouTube, comment on blogs, keep a WordPress.com blog, maybe participate in a forum, IM on Skype, etc. All that in addition to email and a few leftover mailing lists spewing information in random bursts. And not to forget the school intranet and the VLE. All of these communities (including mine) have a very low barrier to entry when taken singly but the cumulative effect  of a dozen such places is that any one of them actually seems difficult and time-consuming to use.

Enter Federated Academic Idenity. This is what I would imagine it would look like: It would provide single sign on to multiple (if not all acounts) – kind of like OpenID. It would  have the canonical image(s) of the person – kind of like Gravatar. It would aggregate all of the persons comments on forums and blogs – kind of like Disqus. It would allow the person to make personal and professional connections with others – sort of like Status.net or Diaspora. In addition, it would link to a list of references, publications, etc. – enter Zotero, Mendeley or others – and treat everything linked to as a bibliographic entry – like Connotea. And it would allow the academic to set what about them is private and what is public (even though it may all be public in some corner of the web). Finally, it would make it possible to collate all this info in various ways and submit it for professional and or peer review – Mahara. And of course students would use it – how wonderful would it be, if established academics could virtually mentor promising new talent.

But most importantly, every aspect of it would be federated. Each university could host their own academic identity server or the tech savvy academic could host their own – there could be competing server solutions (like email) including commercial ones – as long as they would observe the interoperability standards. Funding bodies, publishers and review boards could all set up their own federation-compatible servers.

It seems that all the building blocks are there. The upcoming FederatedSocialWeb is bringing a lot of the players together: http://federatedsocialweb.net/wiki/FedAll2010/Invitations. But will it be enough with all the competing solutions out there and the identity hegemony of Twitter and Facebook? I’ve started collecting a few links http://delicious.com/tag/federatedweb and was amazed at how much is out there – and I haven’t even included any of the OpenID providers.

But at the end of the day, the technological solution, though complex and cumbersome, is secondary to convincing the established institutions that this is something to get behind for the good of all. Not just set up servers but build their use into the fabric of academic interconnectedness. The original idea behind HTML was to make this possible and this is bringing it to its logical conclusion.

Academia.edu is a good idea (despite its intermittent clunkiness) but it only pulls in  limited federated datasets and doesn’t address the federation of identity or relationships. The sort of federation I dream about would make it obsolete or better still, just one of the many Federated Academic Identity servers out there with a really academic-friendly interface. They could start with being an openid provider.

Note: It is possible that I’m all wrong about this. I may have missed something incredibly obvious somewhere that makes all of this not make sense. In that case I apologize for wasting everybody’s time.