You are here: Home › Misc › Researchity: An Idea for a Research Community 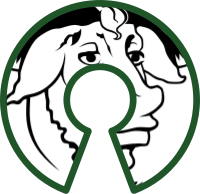 I have been thinking about this for a while but the below happened as a proposal for THATCamp London. If somebody already had this idea, great. If somebody had a similar idea, lets think about this together. If somebody likes these ideas and wants to do something about it, you’re welcome to them!

What: The idea is simple. We could probably use a platform for connecting researchers and practitioners that would break down the client/provider relationship currently embedded in the so-called ‘evidence-based’ practice and possibly put more emphasis on an ‘inquiry-based’ practice.

I’d be interested in talking with people about what such a platform would look like. This is is possibly related to: http://thatcamplondon.org/2010/06/participatory-interdisciplinary-and-digital but with some differences (see below)

Background assumptions: There are broadly three stages to research: A: conception/formulation; B: conduct/completion; C: publication/dissemination. There are many digital and other avenues for distributing the results of research (C): viz academic journals, conferences, lectures (all of them with or without the e- prefix), websites. One might argue, that in this respect the digital is slowing overtaking analogue.  In this area, the social web has been most readily adopted. There are fewer but still sufficient digital resources for the conduct of research (B): surveys, digital archives, other storage, websites where experimenters can seek participants, websites where subjects can take part in experiments. But many of the techniques and ideas of participatory social research have not really been implemented in a digital manner. This holds even more true for the formulation of research aims (A). There are many digital tools to assist the researcher in the formulation of her research objectives but most of them remain rooted within the academic community which makes them logistically but not pragmasemantically accessible to practitioners and stakeholders.

The relevance of humanities and social science research to practitioners is a long standing point of contention. Many attempts (e.g. responsive evaluation, participatory social research, etc.) have been made to remedy this massive disconnect. The much misunderstood (possibly even by its author) notion of the reflective practitioner was attempting to deal with just this issue. Many methods and techniques for involving practitioners stakeholders, subjects and target audiences in the research process and even in the formulation of the aims of research have been developed by these participatory approaches as well as practitioner and action research. But what is their strength in responsiveness, viz their local nature, becomes a weakness in breadth of perspective.

I would love for there to exist a social environment (online community(ies)) where people could work together on questions and their answers. Something not dissimilar to things like YahooAnswers could be the starting point but with a proper collaborative formulation of both the question and the answer ensuing. I envision a space where practitioners could look for answers, researchers look for questions and funders could offer microgrants.

All the foundations are there: community building tools from Wikia to Ning (or Buddypress), idea labs/incubators, Q&A platforms, microlending/funding platforms. I can see a combination of Kiva and Kickstarter with features of Ning, Delicious, Digg and Bibsonomy (or similar).

But a success would require more than just a platform (which would be easy enough to implement through Open Source tools). It would require a change in mindset both from funding and research institutions and researchers themselves. Hacking the academia, indeed.

So what am I willing to do about it? Well, I’ve bought a few domains (I think of domain buying is a sort of  self-expressive art-form – I own http://strcprstskrzkrk.com, for instance) that I’m willing to donate to a good cause: http://researchity.net and http://practicity.net and http://knewtube.net. And I’ll talk to anybody who’ll listen and talk back.

I will continue my thinking on http://researchity.net.